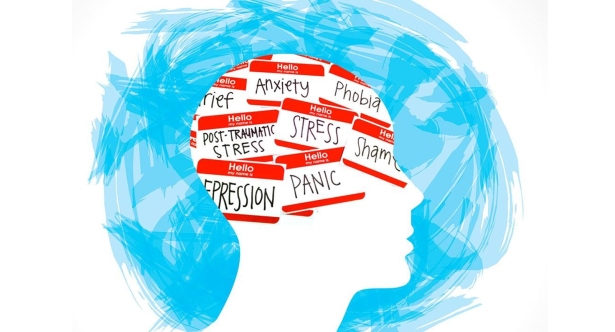 It’s been a year. It’s been a year since I quit my job as a special ed teacher one day, flew to Australia and shaved my head the next day, and got a tattoo three days later. I guess you can say, it’s been a year since my 2007 Britney Spears moment. In this last year, I’ve learned a lot about myself, a lot about mental health, and a lot about society. And while the circumstances surrounding the whole situation weren’t ideal, I think it was necessary for me. I think I really needed to lose it in order to really find myself again. That’s what this whole last year has been. And it’s been incredible. Though I wouldn’t say this is the happiest I’ve ever been—I’ve definitely had times in life when I was happier—I can honestly say this is the most peace I can remember feeling. I’ll take peace over anything.

I’ve learned that a lot of people—maybe even most people— place their identity in their job. It’s not what they do; it’s who they are. While I knew that intellectually, I didn’t think I would become one of those people. But I did. And because being a teacher became my identity, the thought of losing that title was synonymous to losing myself. So I stayed. I spent the weeks looking forward to Friday and spent the weekends dreading Monday’s inevitability. I was drowning in a sea of work and stress, along with growing anxiety and depression, all made worse by undiagnosed burnout. I receive a short reprieve on the weekend, but I knew the waves were coming again Monday. It was exhausting. I was exhausted. So I left. Some people may say (and have said), “That’s why it’s called ‘work’. That’s just reality.” Well, I call BS. Life is too short to dread five days out of a seven-day week. Do what you love. Love what you do. If not, don’t do it.

When I came back from Australia, I met up with a lot of different people and communicated with several people via phone and/or social media. I quickly discovered that so many others were suffering alone also, on the brink of their own mental breakdown. And I can’t help but think that we as a society have to do better. Though the stigma behind seeking mental health help is weakening, it’s definitely still there. Especially for men. For example, if someone were to post that they’re going to work on their physical health by eating right and working out, what is the response? Inevitably that statement is met with tons of “likes” and “loves” and “way to go” comments and “we’re rooting for you” comments. Now, if someone were to post that they’re going to work on their mental health by seeking counseling, what is the response? Likely, a post like that would be met with “sad” and “wow” reactions and “hope you’re doing ok” comments and “praying for you” comments. Seeking mental health isn’t celebrated nearly as enthusiastically as seeking physical health. That absolutely needs to change. To be fair, it is changing, but much work still needs to be done.

I saw a counselor for about six months and started taking an antidepressant in January, neither of which I am even remotely ashamed. Nor should I be. My only regret is not doing it sooner. After about a month on the meds I remember telling my counselor, “I can’t believe this is how ‘normal’ people feel all the time!” Now, I can already hear some of the comments from some people. “But shouldn’t you just trust God to heal you?” While comments like that are well-meaning, it’s also comments like that that can cause people to die by suicide. I don’t doubt that God can heal depression, anxiety, or anything else for that matter. And I know He does. But I also know that sometimes He doesn’t. I don’t understand why He chooses to heal sometimes and sometimes chooses not to; maybe that’s something I’ll just ask Him one day. What I also know is that He pointed me to a counselor who was awesome for me. He provided an empathetic doctor who listened to me, heard me, saw me, and prescribed me meds. He gave scientists and pharmacologists the knowledge to create the antidepressants. The fact that the first antidepressant I tried worked for me was a miracle in and of itself—most people go through several before they find one that works for them. So, just because He didn’t “heal” me, doesn’t mean He isn’t at work in my life still. Sometimes we ask for a miracle and He sends us people.

If you or anyone else is in need of mental health help, seek it out. It’s out there. And it doesn’t have to cost an arm and a leg. I went to a non-profit counseling service that was free and just took donations, but donations weren’t a requirement to getting treatment. And my meds cost about $14 a month with no insurance. There is no shame in seeking help. And on the flip side, if someone opens up about wanting to better their mental health, think about how you would react if they were wanting to better their physical health, and react the same way. It’s ok to seek help. In many cases it’s necessary to seek help.